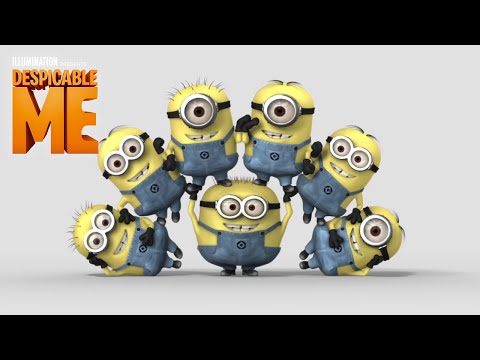 In a happy suburban neighborhood surrounded by white picket fences with flowering rose bushes, sits a black house with a dead lawn. Unbeknownst to the neighbors, hidden deep beneath this home is a vast secret hideout. Surrounded by an army of tireless, little yellow minions, we discover Gru (Steve Carell) planning the biggest heist in the history of the world. He is going to steal the moon (Yes, the moon!) in Universals new 3-D CGI feature, Despicable Me.

The Minions have many talents, and sometimes those talents include shaping themselves into the NBC logo. Make sure to check out our channel for more Despicable Me and Minion related videos!